My second sewing workshop attended and my second project completed. 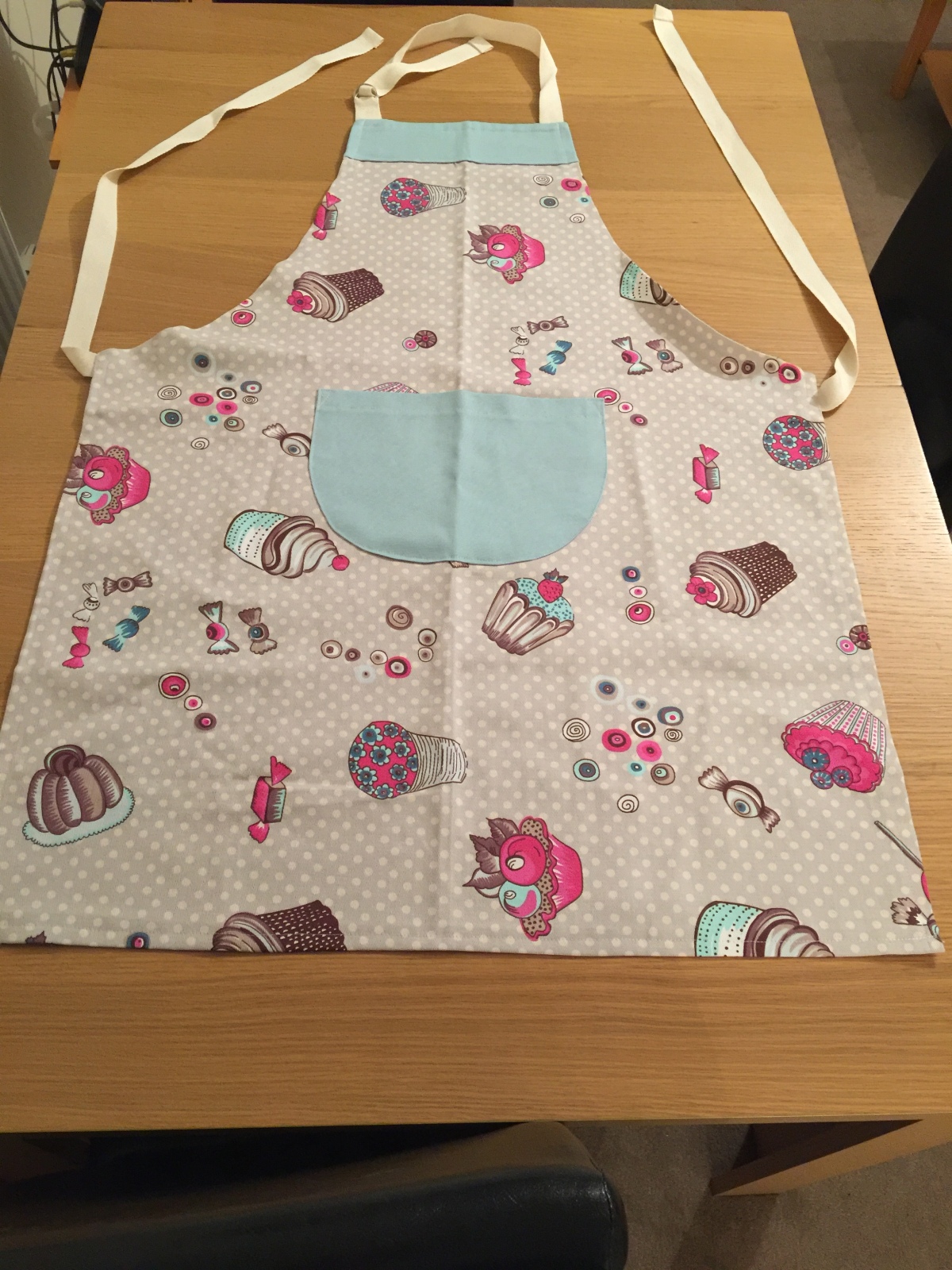 I was apprehensive about attending the second class. The first time, I made an ‘envelope’ back cushion. This time, I would be making an apron. I might as well have set myself the task of making a jacket from scratch, because that’s how daunted I was about this next project. I wanted a challenge, but I was starting to think that my second project should have been to make a cushion with a zip. Building on the foundations of what I had learned days earlier may have been the better option, but no. When I arrived at the class, I happened to be the only person attending which meant that I got 1:1 tuition. I used this time in order to ask advice about sewing machines and was given the opportunity to use a Juki HZL-353ZR-A for the duration of the class, in order to test the machine and see how I got on with using it.

Much like the first class I attended, it was amazing. All I could think about was completing my project (no stress or anxiety related to any external factors) and I became even more determined to progress with sewing. I made some mistakes along the way, but I easily rectified them, sometimes with guidance and sometimes by using my own common-sense and initiative. As you can see from the photos, I completed the project: an apron with adjustable tie and usable pocket:

I was so inspired by my achievement that I decided to purchase a sewing machine (the Juki HZL-353ZR-A I had been using throughout the class) and immediately went to Anglia Furnishing Fabrics and Anglia Fashion Fabrics. Both shops are across the road from one another and enabled me to purchase the resources I needed for the new sewing machine, along with fabric and accessories to start my own projects at home. I was clueless about the length of fabric I required and even the types of fabric I should use, in order to create another cushion and two more aprons. Despite this, the ladies in both shops were patient and helpful, even giving me some much needed tips. I left the sewing class feeling very proud of myself and I was inspired to continue sewing. I felt as though I really was capable of getting better and completing more projects. I also left having found the missing piece to my puzzle; a sewing machine, or ‘My Little Juki’ as it is now affectionately called.

I have booked another class for a week’s time to create a third project. In the meantime, I will get to work solidifying and practicing the skills I have already learned, only this time I’ll be doing it without supervision. Wish me luck!